Tahchin is a very delicious Persian rice cake full of flavors. The word by word meaning is tah means bottom and chin means arrange. This rice is combination of chicken and rice in layers. The traditional style made with cooked shredded chicken and several layers of that and flavored rice but in this recipe I’ll tell you how to make thin layer of this rice with Chrissy bottom.

It’s not usually as fluffy as the other Persian rice and it’s more sticky. My husband doesn’t like sticky rice so by practicing deferent recipe I cane up with this one which is not that sticky. 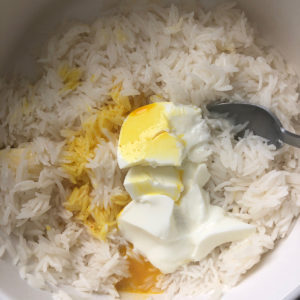 Turmeric, salt and pepper to taste 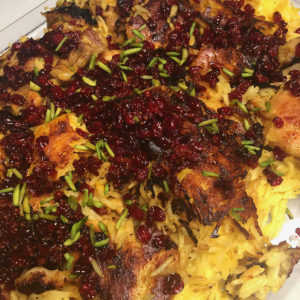