Persian recipes are full of flavors and spices and need time for preparation. Ghormeh Sabzi  is one of the most famous Persian stew and it’s always one of the dishes in our parties, or weddings. It’s a mixture of herbs and beef/lamb. What makes it special is a fragrant herb called Fenugreek and dry Persian lime. It’s really a weekend family lunch feasts.

•1.5 lb beef or lamb cubed or turkey or one big mushroom pack

•Salt and Pepper to taste

HERBS: The mixed herbs are available in Persian stores as dried or caned but I always prepared them from fresh herbs and just adding dried Fenugreek and Persian chive to have the perfect taste. 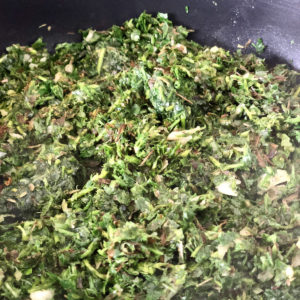 MEAT: Traditionally it’s made with lamb leg, but you’re free to use beef, turkey, mushroom or even no meat if you’re vegetarian, but I recommend to cook with vegetable broth for no meat recipe. 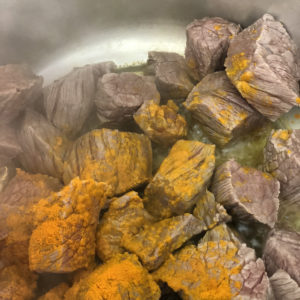 BEANS: The same as meat you can use deferent type of beans. I grew up with pinto beans version, traditionally, dried kidney beans are used in Ghormeh Sabri. So you have options of kidney bean, pinto beans, and black eyed peas. If you use canned beans, rinse them and add them at the end. 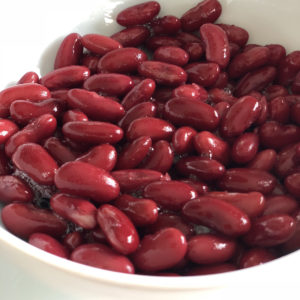 Persian Dried Limes: These give an amazing sour flavor and special smell to the dish. They are different from regular limes as they’re dried and the color is light brown. You can order them online on Amazon or buy from Persian or Middle Eastern super markets. 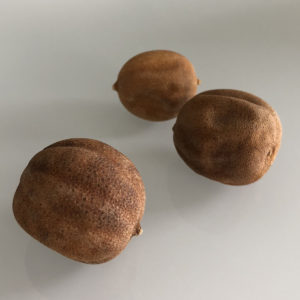 I recommend to read the whole recipe first and then start to cook as the preparation of ingredients might take time.

Herbs: For dried herbs you need to take 5 tbs for each person and soak them in the water for ten minutes and squeeze them. Heat some oils and sauté the herbs until a little bit turn the Derek green color but still green. And put them aside. This way takes less time than fresh herbs.

For fresh herbs you need to chop them in food processor and add the dried herbs ( chive and Fenugreek) and leave for 10 minuets and sauté the same as dried herbs. set it aside.

Beans: Soak them in water for 3-4 hours and rinse them. Cook them separately to get soft. Set it aside